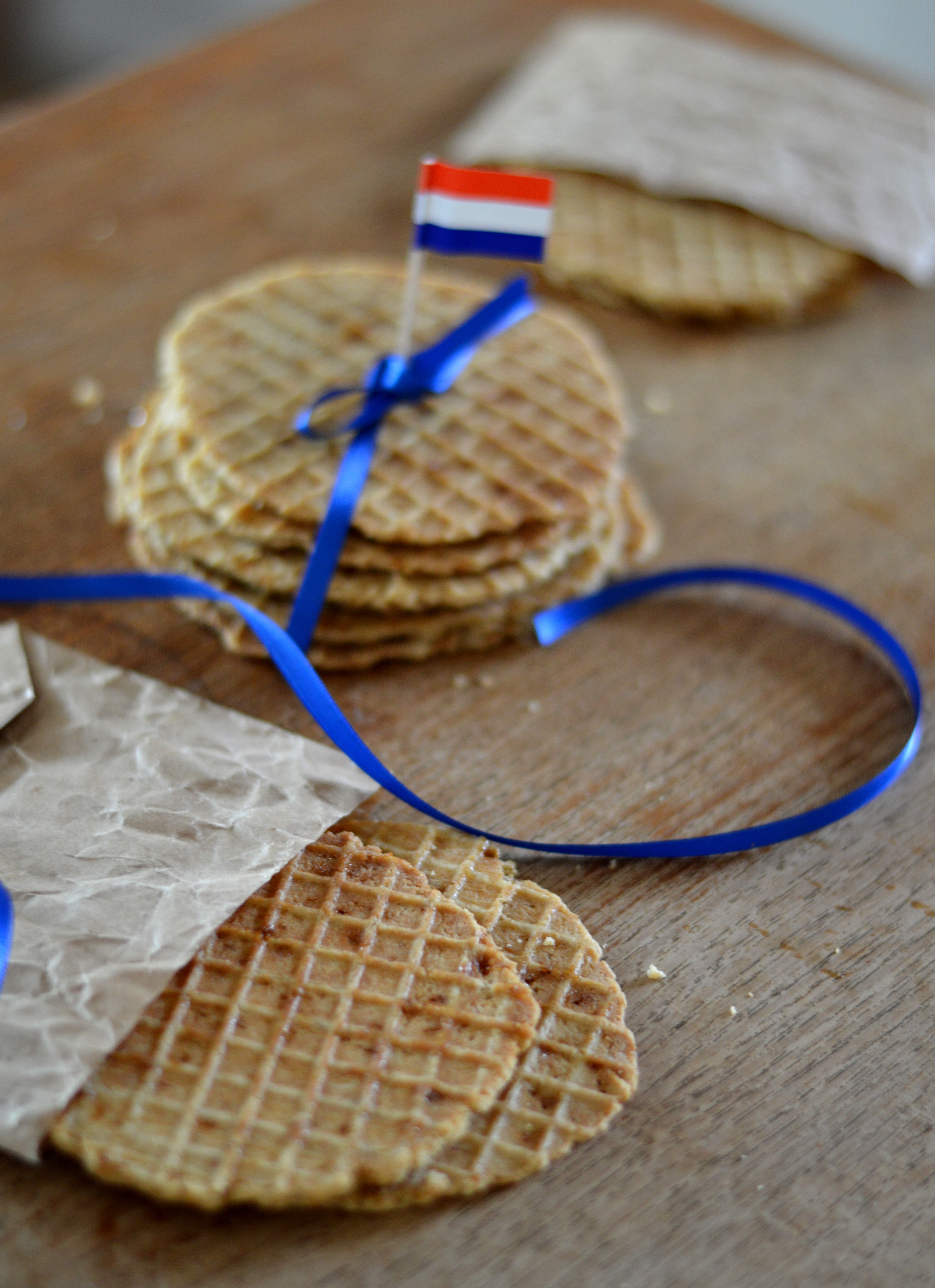 You never heard of Stroopwafels? As funny as the name sounds these sweeties (yes, “sweeties” is by far the most suitable expression because actually there are superduper sweet!) were first made in the Netherlands during the 19th century in a city named Gouda. When you are in the Netherland there is no way to miss this special waffles. 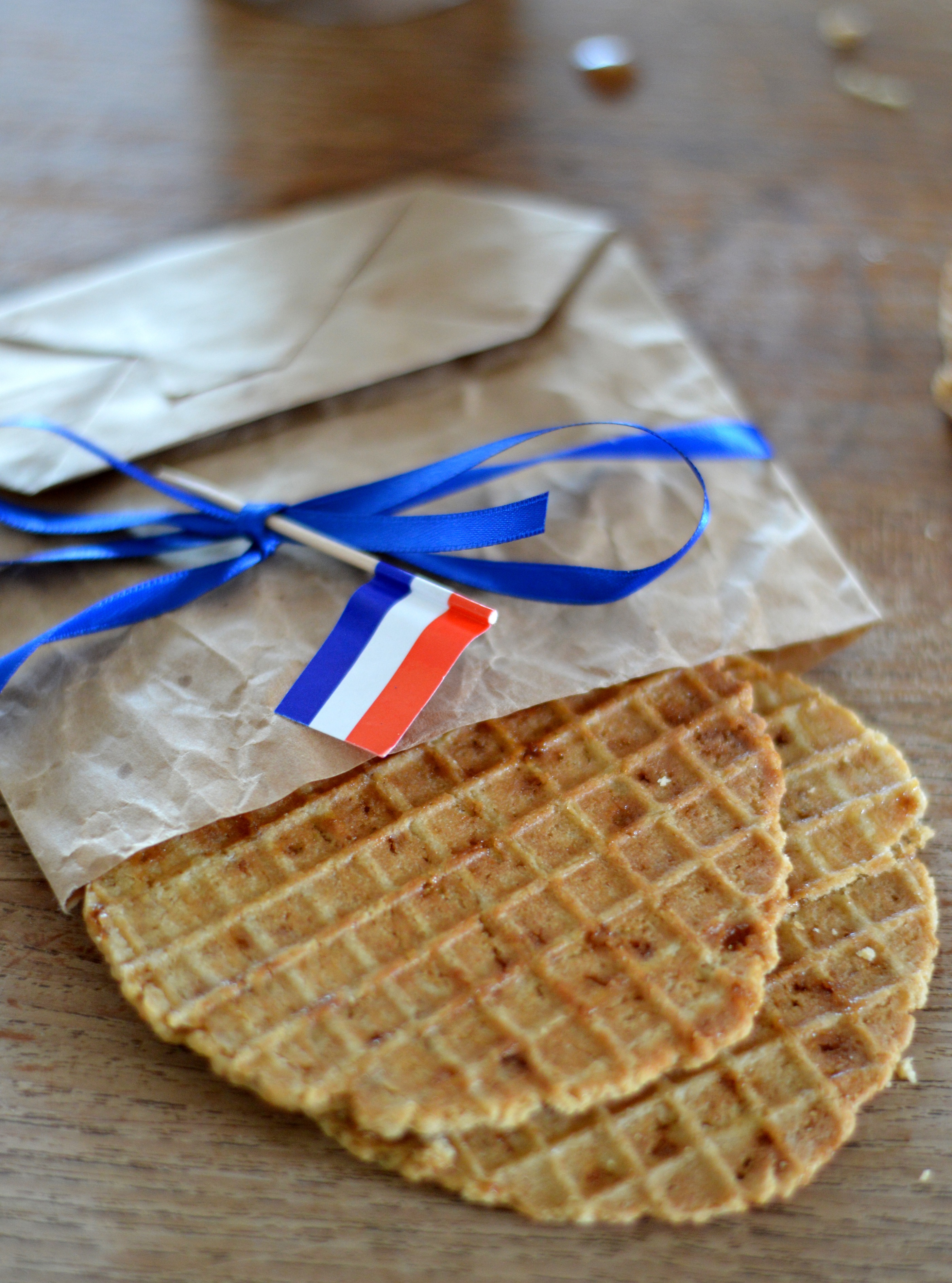 For those who never heard of it before, basically Stroopwafels are waffles made from two thin layers of dough with a caramel syrup filling in the middle. In the Netherlands it’s typical to place the waffle over a hot drink to warm it and soften the syrup before eating it. But of course there are as well an excellent addition to any other drink.

But don’t worry if you never been to the Netherlands before, this recipe will bring you directly to our dutch friends, at least in a culinary sense! 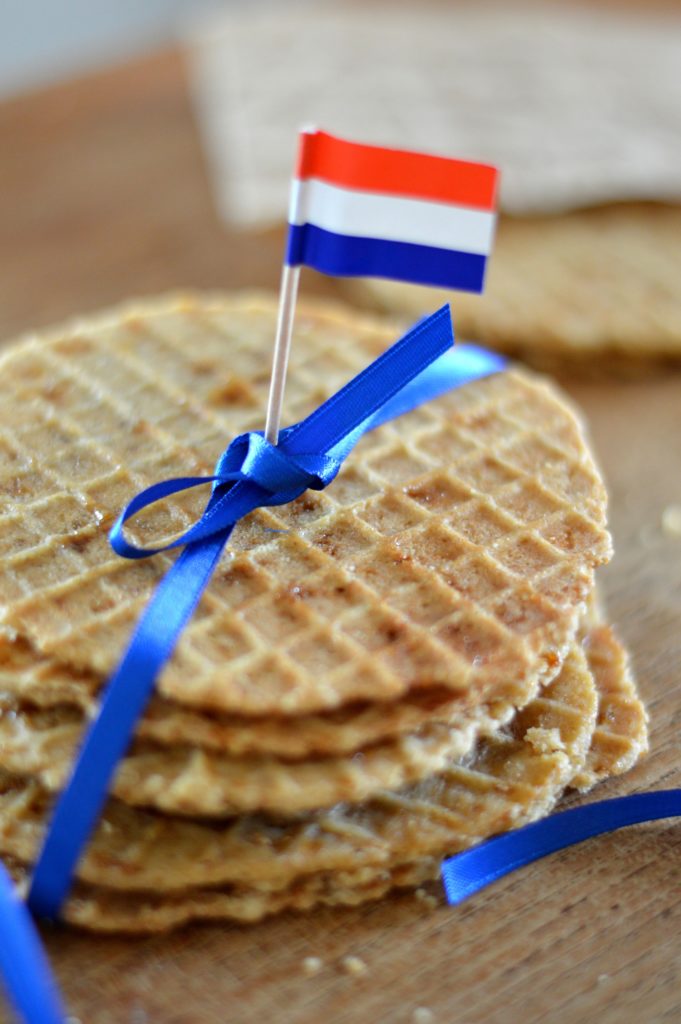 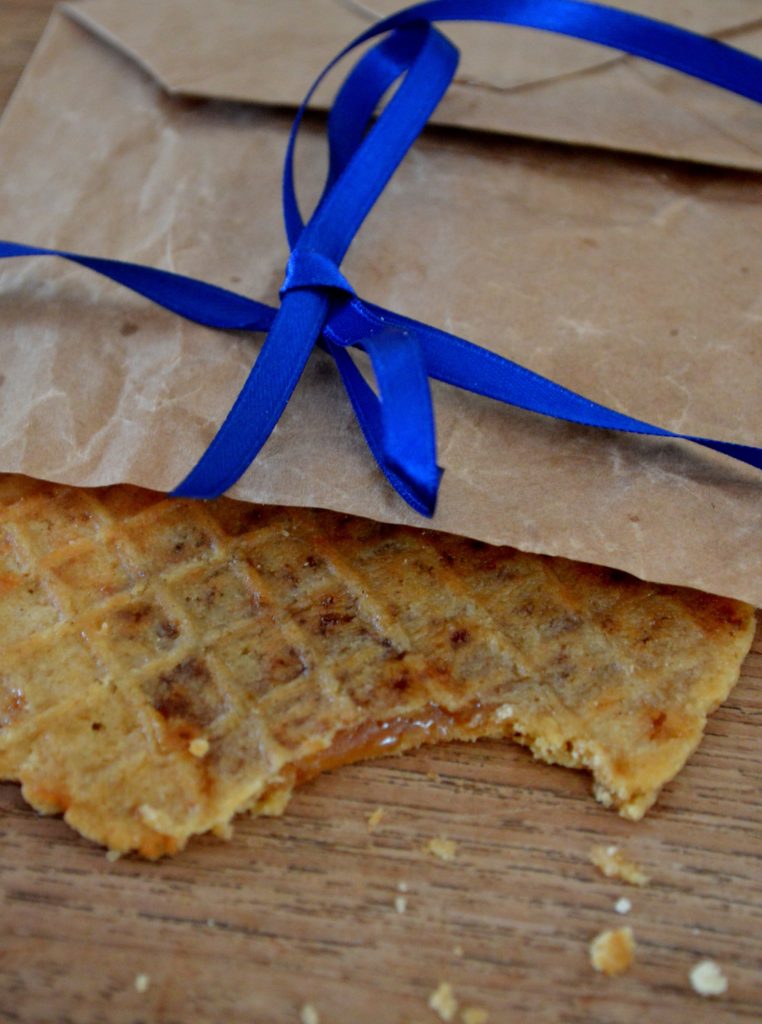 As you can see the waffles are highly thin and when I first read recipes I was very surprised about the fact that the waffles are sliced by a knife and then filled with the caramel. I have to admit that this step is very hard and you have to work very fast because after you remove the waffles from the iron they are immediately starting to become hard.

Therefore if the slicing doesn’t work for you, your can as well press together two whole waffles with caramel filling in between; it’s way more easy and you don’t burn your fingers! In addition you can try new combinations and fillings such as nutella, honey, marmelade, heavy cream.. Even ice cream (I really like that combination and it reminds me of the ice cream sandwiches I made in the past. 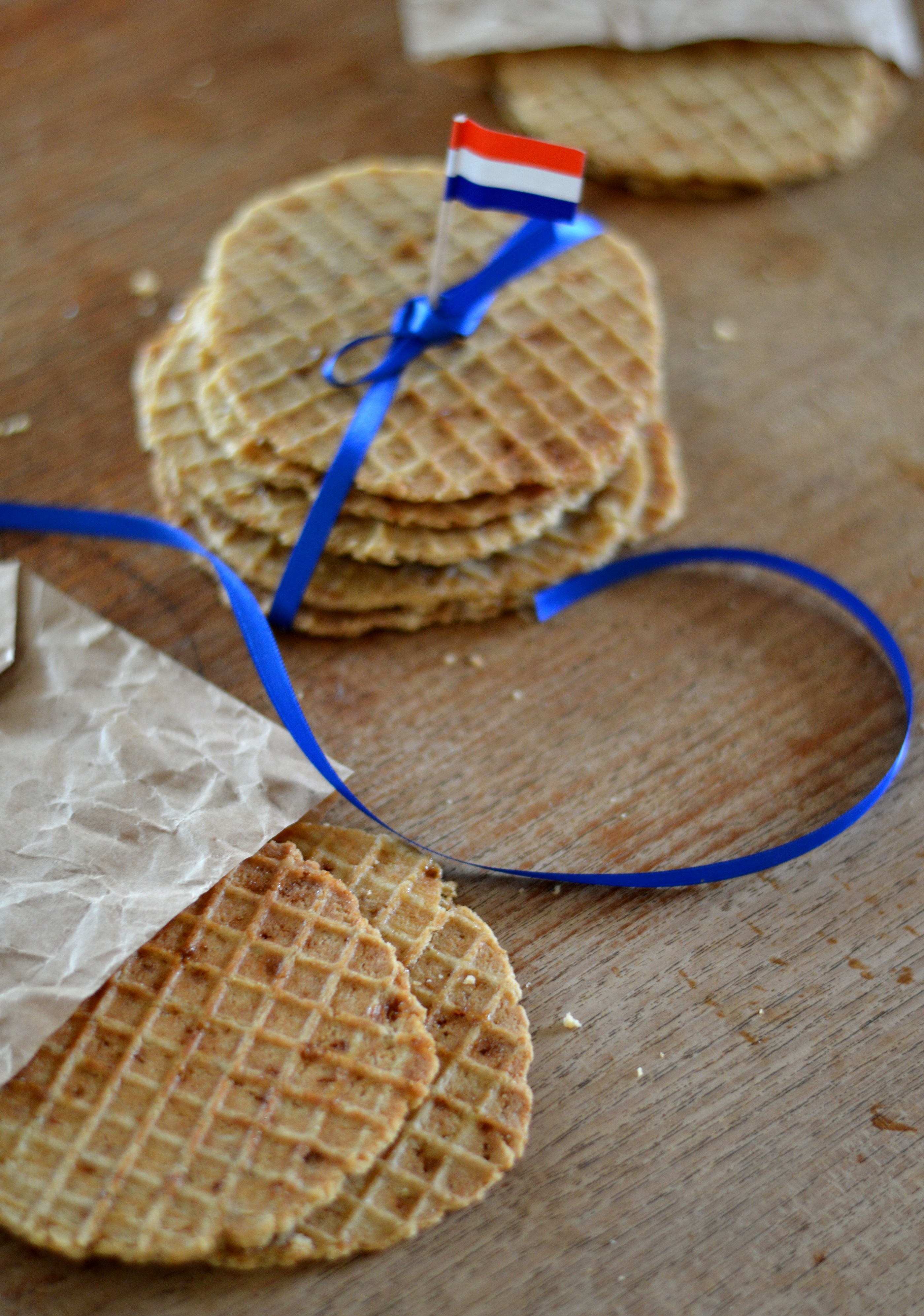 for the caramel filling:

You will need a flat waffle iron which is especially for ice cream cones. 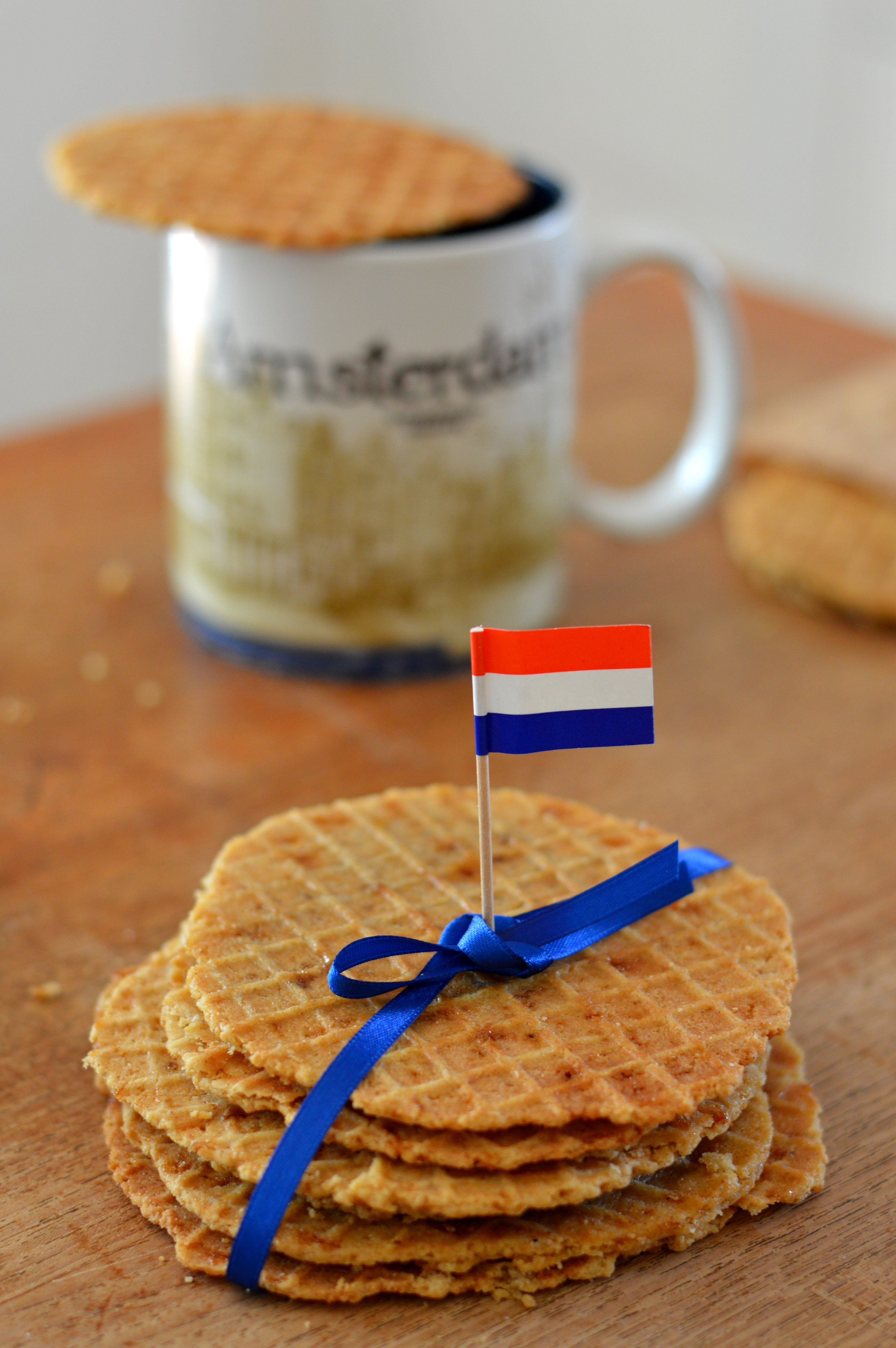 Have a wonderful sunday! 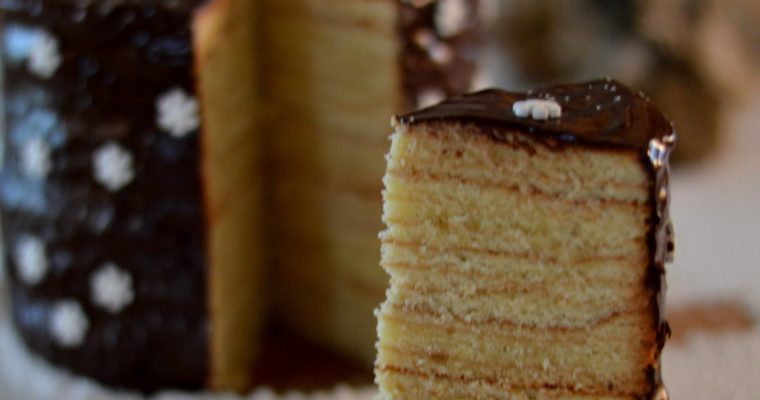 Right on time for the first Advent Sunday! As you can see I am already completely in christimas mood. For me Advents season is the best time of the year, not only because of christmas! There are so many good parts just existing in the […] 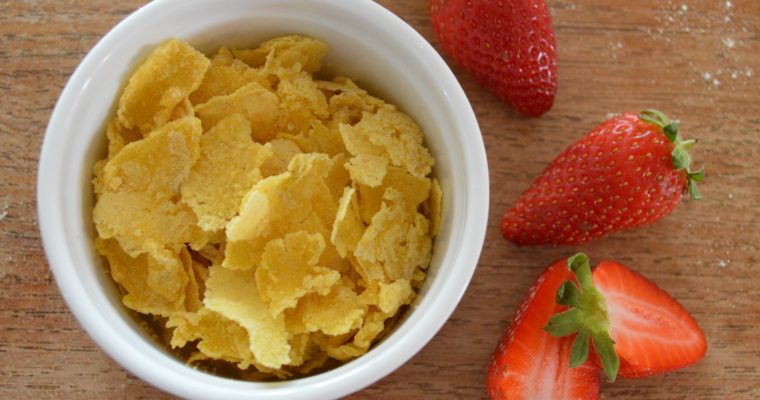 [Breakfast is the best] Homemade Cornflakes

Breakfast is my favorite time and by the way the most important meal of the day!! Is there anything better than sitting in the morning sun with a big cup of coffee or tea in your hands and thinking about how to make it the best day? I think you […] 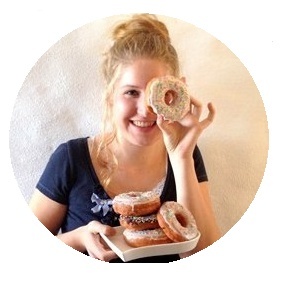 Busy with baking, travelling, hard-working and life-loving while pursuing my dreams.

Caprisserie is all about inspiring and delicious recipes from all around the world!

Thanks for following along my recipes and travel adventures!

Back at my happy place 😍 #mexico #tulum #sunris